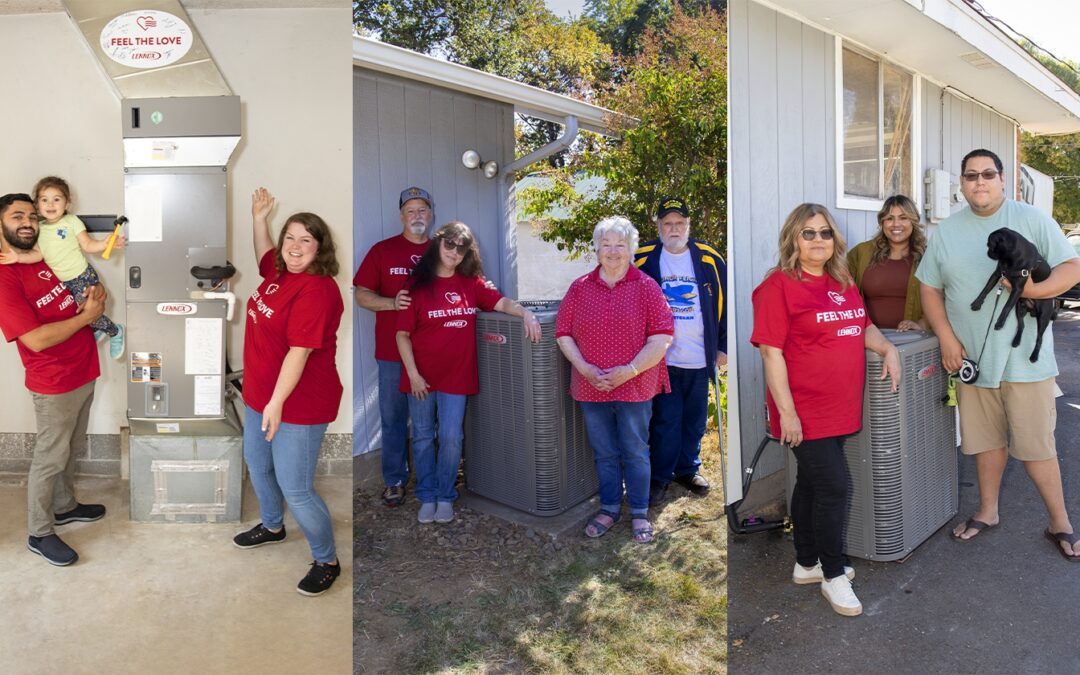 Three deserving heroes—recipients of the 2022 Lennox Feel the Love program in Grants Pass, Medford, and Klamath Falls—posing with their families next to their new HVAC systems.

In October, Metal Masters installed three new heating and air conditioning systems for deserving heroes of our southern Oregon communities—free of charge. This was done in partnership with Lennox and their Feel the Love program. Lennox donated the equipment, and Metal Masters donated the installation.

Learn more about their stories below.

On October 10, we installed a new system for Tyler and his family living in Rogue River. He has been serving the Grants Pass community as a police office for three-and-a-half years.

He and his wife bought a fixer-upper house more than three years ago. They’ve done their best with repairs and renovations since that time. When the 100-plus temperatures hit last summer, their more-than-15-year-old air conditioner stopped working. This was a difficult time, especially with two young children in the house. And a new HVAC system was not in the budget.

A family member heard about the Lennox Feel the Love program and nominated Tyler, and his family, for a new system. After careful consideration of other nominees in the Grants Pass area, they were chosen to receive a new air conditioning and heating system. They were very grateful recipients!

On October 12, we installed a new system for Pete—a Medford veteran who served in the Navy for 23 years. He now works for the State Employment Office as a veteran representative helping veterans find employment.

Pete, his fiancée, and his father live in his house that was built in 1992. The heating and cooling system was original to the house, at 30 years old. As temperatures began to rise this past summer, so did his energy bills—from $160 in May to $570 in July. It was clear that something was not right, so he shut the system down and borrowed a window air conditioner from a friend.

A close neighbor of Pete’s heard about the Lennox Feel the Love program and nominated him for a new system. After reviewing other nominees in the Medford area, Pete was chosen to receive a new air conditioning and heating system. He was very excited to receive the news—it couldn’t have come at a better time!

On October 14, we installed a new system for Silvia, who has worked for OHDC in Klamath Falls for more than two decades serving farmworkers and other disadvantaged people in the area.

She has lived in her current home for 31 years. From the time she moved in, the house has always had the same furnace in it. Recently, an HVAC technician recommended that she replace the system, but the price was just too much.

A coworker heard about the Lennox Feel the Love program and nominated Silvia for a new system. She was surprised to learn that she had been selected as our Klamath Falls finalist to receive a new heating and cooling system. She is very pleased to have something new and nice for her home and is looking forward to the confort it will provide. 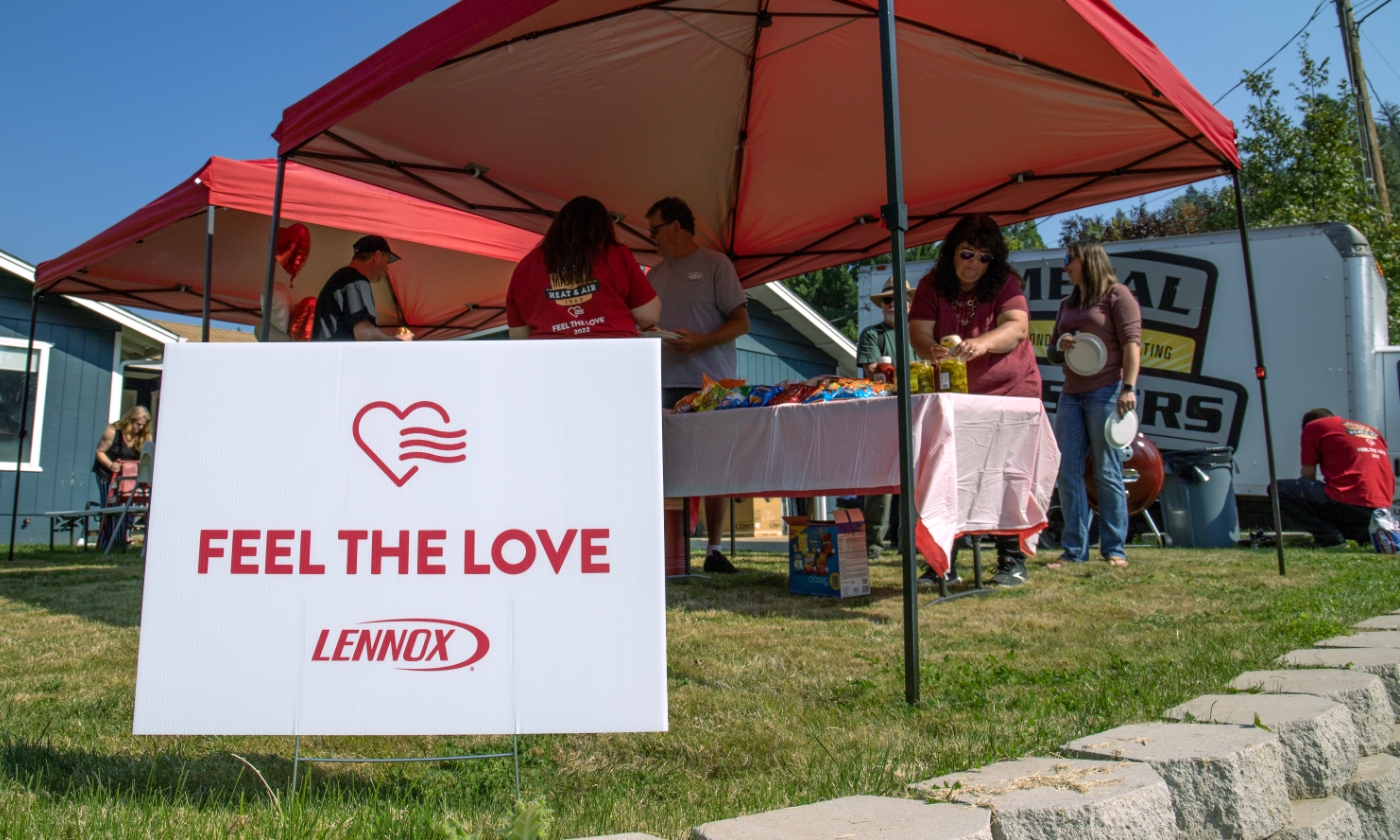 Friends and family stopped by at each installation to check out the new HVAC equipment and enjoy some barbecued burgers.

At each installation, friends and family of the recipients dropped by to check out the new heating and cooling system and enjoy some barbecued burgers—cooked up by our own company president. It felt great to give back to people who serve our communities. And, it was a privilege to partner with Lennox in gifting three new HVAC systems to these deserving heroes.